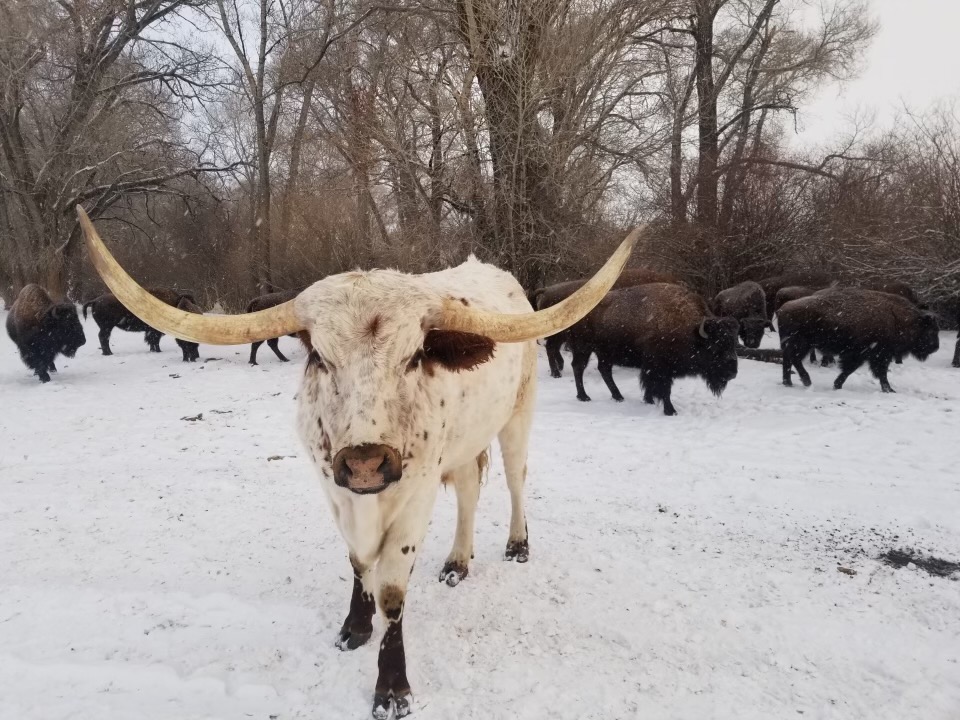 The Valdez family has been farming and ranching in Southern Colorado for five generations. Stephen Valdez, who was born and raised in the San Luis Valley, settled with his wife Sandra back in the valley in the early 1990's. He started operating farm and ranch land near La Jara, Colorado, where he continued to grow his cattle and farming operation alongside his wife, Sandra, and their four children Rachel, Erika, Olivia, and Garrett.

After many years of running the commercial cow/calf operation and traveling to horse shows with his daughters, Stephen starting looking into the bison industry which would fit his model of sustainability better. In 2017, they purchased their first bison, which has progressed into a 1,500 acre hay production and bison operation.

Big River Bison has been family owned and operated by Valdez Farm & Ranch since inception in 2017. Today, the whole family takes part in raising and selling their bison products. The Valdez family takes great pride in their practices and love the memories they are creating on the farm and ranch. They are going to keep striving for sustainability in their business as well as their land. Their goal is to keep improving and growing each year so that they will be able to continue this operation for generations to come.